The Finest Gated Community Options in All of Las Vegas, Nevada

Las Vegas, Nevada or “Sin City” isn’t just a haven for gambling joy, shopping, dining out and entertainment glory. That’s because the metropolis is also brimming with amazing options in gated communities. If you want to explore neighborhoods that are optimal for day-to-day convenience, ease and deluxe vibes in general, then there are many diverse options that may be right up your alley. Exploring these Las Vegas gated communities may help you make a strong choice that involves your upcoming relocation project.

Are you interested in gated communities in the city that are suitable for people who have serious penchants for golfing? If you adore nothing more than partaking in the recreational activity, then you should look into Southern Highlands as soon as possible. It’s a foothills favorite among folks who appreciate nothing more than days under the sun golfing in great company. It’s a haven for people who are big fans of the marvels of nature. That’s due to the fact that it’s brimming with greenery in the forms of walking paths and parks. It has soothing lakes and sports facilities, too. If you want to learn about Las Vegas gated communities that are merely minutes away from the airport, dining establishments, shops and attractions, then Southern Highlands may be the ideal fit for you and for your jam-packed lifestyle.

People in and around the city often are big fans of Tournament Hills. They often think that the gated community has no competition in the area. It’s a terrific spot for people who adore nothing more than golf course vistas. It’s a terrific spot for people who want to be able to feast their eyes on the magnificence of the nearby Spring Mountains as well. Although it’s ideal for people who are keen on nature, it’s just as ideal for people who adore the fast-paced big city lifestyle. That’s because it enables people to check out the action-packed Las Vegas strip as they desire. It’s just a short drive away from it and from all of its opportunities.

This is a community that’s all about deluxe residential properties. Home sizes in Tournament Hills run the gamut, too. There are homes that are a bit more compact in the size department. There are homes that are substantially larger. If you’re thinking about uprooting your household, you don’t have to panic. It’s a neighborhood that can be ideal for bigger families, smaller ones and all of the choices in the middle.

Tournament Hills is home to a minimum of 100,000 individuals at this moment. That’s why so many people all around the region know so much about it.

Vistana is a well-known gated community that consists of condominiums. It’s situated in the Southwestern section of the city. It was constructed from 1999 all the way into 2003 and because of that is still relatively new. It features more than 700 condos in total. It has some compact condos that are just 695 feet in size. It has significantly bigger ones that are more than 1,400 square feet. There are so many highlights on hand to individuals who opt to relocate to this neighborhood. It has swimming pools that residents can use as they wish. It has an on-site gym for people who want to be able to squeeze in workout sessions. It has parking for guests. It even has some tennis courts.
People who want to revel in breezy and airy Vegas lifestyles often make the choice to check out Vistana and its many contemporary condo choices. The condos are equipped with terraces, fireplaces, gas appliances, cooling systems and more.

Queensridge is a gated community in the city that has a high-end ambiance to it. It has an atmosphere that’s reminiscent of Europe, too. People who walk around Queensridge can feast their eyes on sizable stallion statues, first of all. They can check out a guard house that features traditional architectural elements that are hard to ignore. If you want to savor the marvels of hedges and evergreen arrangements in general, this community may appeal to you. Queensridge features a minimum of 600 residences right now. There are residences that are just 2,000 square feet in size. There are residences in the community that are substantially bigger, too. These are 21,000 square feet.

Spanish Hill is in the southwestern part of the city. It has a fantastic reputation in the region as well. That’s because people tend to associate it with homes that look like they’re fit for superstars. These homes tend to be remarkably spacious. They tend to feature some of the most enviable highlights out there, too. Spanish Hills spans 100 acres in total. It has an abundance of residences that are fully customized. It has a capacious clubhouse that’s optimal for residents who simply want to socialize and take it easy for a little while. If you want to reap the rewards of a sauna, a soothing park, a racket club, tennis courts, a wellness spa and even a refreshing swimming pool, you should look into Spanish Hills and all of its choices without any hesitation.

There are sturdy fences scattered all throughout Spanish Hills. That’s the reason that people who reside in the gated community never have to worry about security and safety matters. It’s a paradise for people who are keen on metal and brick elements. It’s a paradise for folks who are keen on calming palm trees. If you want to live in a neighborhood that can help you gaze at golf courses, then this one may be up your alley. It can be a joy for people who want to revel in the sights and sounds of nearby Red Rock Canyon.

MacDonalds Highlands has the distinction of being a Vegas gated community that’s comparatively tiny. Although it’s relatively little, it has no shortage of five-star components. It’s a McCullough Mountains foothills gem that is split up into 10 distinct sections. There are enormous mansions in MacDonalds Highlands. They are residences that are suitable for families on their own.

If you want to be able to rapidly access the famed DragonRidge Country Club, then this community may be a strong match for you. It’s a reputable country club and golf course that has numerous clubhouses to its credit. It has a fitness center that even has an Internet cafe for people who want to browse the web. If you want to savor a hot tub, a sauna and swimming pools, then you should take a tour of McDonalds Highlands. People who want to hang out with family members and friends can make good use out of the community’s accessible grills.

People in Vegas tend to have a lot of confidence in MacDonalds Highlands. Its numerous durable gates contribute to senses of unrivaled safety. The people who live in the neighborhood tend to have laid-back and welcoming demeanors, too. Although this gated community is close to so many conveniences in Las Vegas, it still manages to maintain an atmosphere that’s conducive to peace and quiet. It’s a big deal among people who want to rear their young families. It’s not far from so many things that are suitable for parents who are rearing youngsters. It’s close to an abundance of educational institutions that have solid rankings. It’s close to public transportation, post offices, parks, shopping malls, grocery stores and the whole nine yards as well.

7 Reasons Why Gated Communities Are Safer

In the area of premises security, more investment in security measures almost always improves the security of a community overall.... read more

The 10 Most Stunning Gated Communities in America

From New York to Hawaii, these gated communities span the country and are simply stunning. Although these homes are unique,... read more

Gated communities are great. They give you and your family a heightened sense of security because only residents can gain... read more 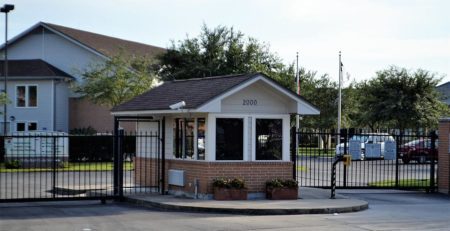 Gated communities have controlled access to protect property owners from a broad range of dangers that are present in modern... read more

A modern gate entry system is made up of multiple components. It may vary depending on the mode of gate... read more

Gate entry systems are one of the areas that will be substantially improved with the help of modern technology. Smart... read more