Gates have been used for thousands of years to keep residents safe and keep criminals out. Recently, new technologies have advanced rapidly, and new solutions have been found to enable gates to provide a higher level of security. Many of the advancements that have been achieved rely on smart features that restrict access to authorized guests and detect the presence of criminal activity. Taking advantage of new solutions can reduce the likelihood of security incidents while providing more convenience to residents.

Recently, a security nightmare occurred in British Columbia that demonstrates exactly why traditional gates are a major problem. On May 23, 2021, a multi-family property owner in Vancouver woke up to a nightmare. Residents in her building had sent her text messages saying that a hole had been cut in the property’s parkade gate.

The owner went downstairs to discover that the incident was worse than she had imagined. The criminals who broke in had stolen many of the bikes that were parked in the nearby bike rack. One owner had his entire family’s bikes stolen, and the criminals even ran off with a Vespa scooter.

As a result, the property owner had to go through the uncomfortable task of informing her residents about the incident. Worst of all, the incident even made international headlines.

What the Vancouver Security Incident Shows

What happened in Vancouver could happen at any property that relies on traditional gate access solutions. Nevertheless, the reality is that the incident could have been completely prevented with the use of modern technology.

Additionally, the criminals were able to steal a total of seven bikes and a scooter. These items were simply rolled out of the property without anyone stopping them or detecting their criminal actions.

How the Vancouver Incident Could Have Been Prevented

Today, a smart gate entry system can use sensors and cameras to monitor activity at points of entry. These smart systems improve security by acting as a deterrent and significantly reducing response times to catch criminals red-handed.

Cameras Act as a Deterrent

Publicly released video of the incident in Vancouver shows that cameras were located far away from the property’s stockade gate. As a result, the criminals who broke into the facility did not see a camera up close that could have detected their actions.

The reality is that people change their behavior when they know they are being watched. Only the most motivated and desperate criminals will attempt to break into a property when there is a big camera in their face. Consequently, technology could likely have prevented criminals from correctly identifying the property as a soft target that could be robbed with impunity.

It is also significant that the security system installed at the property was not able to detect the intrusion. According to Shahbaz Munshey, a security expert hired to investigate the incident, grinders, blowtorches, and bolt cutters are commonly used to bust through gates. All of these tools create a lot of noise and are hard to miss on camera.

However, the days when guards would need to be hired to watch a camera system have long passed. Modern artificial intelligence has advanced to the point where it is possible for computers to make sense of what is happening in a video feed. Consequently, if the property in Vancouver was using up-to-date gate access technology, the incident could have been detected quickly.

Is What Happened In Vancouver Unusual?

The reality is that security incidents similar to what happened in Vancouver occur every day. Even the strongest gates can be penetrated quickly with tools designed to quickly cut through physical barriers. Most gates are made out of steel bars that can be cut like butter by criminals who know how to use demolition tools.

Although gates are highly effective at keeping criminals out, the reality is that gates have limited effectiveness when they are used on their own. Most property owners understand that motivated criminals can get through gates, but they commonly believe that security incidents are rare and that gates cannot be fully secured without a human guard.

Modern technology can quickly detect security incidents so that security personnel and law enforcement can respond in time. Additionally, modern security systems can help to detect unusual activity that could be causing problems for residents.

For instance, a major provider of smart gate entry systems, Nimbio, offers a feature called Gate Status that enables property owners to monitor the status of their gates at all times. If gates fail to open or traffic gets blocked, property owners can be notified almost instantly. Unlike with conventional security solutions, the data gathered by Nimbio’s Gate Status feature can be viewed remotely around the world. Consequently, technology can improve security while also introducing new security features that actually do more than what a human guard could provide.

Smart gate access solutions are no longer the novelties they were in the recent past. Today, any property owner can afford to adopt cloud-based tools that improve security and provide peace of mind. Many solutions, like Nimbio, can be easily installed to turn traditional gates into modern smart access solutions. Therefore, property owners should do their own research online to learn how a modern gate entry system can significantly improve security on their premises.

Gated communities and individually gated properties are turning out to be among the safest places to live in most states... read more 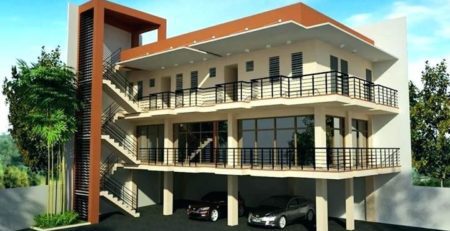 Building An Apartment Complex? How Access Control Can Improve Your Return on Investment

If you’re in the construction game, you’ll know that building an apartment complex is one of the more lucrative investments... read more

Gate Access Control System: A Solution For Vehicular Based Business In The USA

There are a myriad of businesses in the USA that need to run multiple vehicles. Perhaps you own a taxi... read more

How Much Does It Cost To Automate An Existing Gate?

Automation is something talked about often in this day and age. As tech develops, things around us improve and can... read more 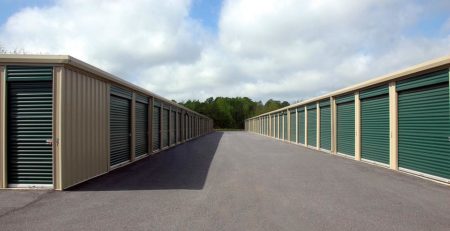 Upgrade Your Storage Facility With These Top Tips

A recent case of criminal mayhem at Sacramento Executive Airport is shining a spotlight on the embarrassment, costs, and problems... read more In America there are on average, 2.4 million farms and ranches. The census for agricultural data found out that the... read more

Technology advancement has impacted many areas of our lives in significant ways. The real estate sector in particular has seen... read more