Electric gates work by opening automatically, using the power of electricity. You don’t need to manually open them and the convenience of a gate swinging open as you leave or enter your property or gated community is convenient beyond belief.

There are many different kinds of sensors which help automatic gates open. Most of them are redundant in the modern world and are slowly being replaced or upgraded to more modern technology like a cellular keyless entry system. There are still some niche uses for them in the business world or in certain residential situations. However, when you’re taking into consideration ease of access, security, and user friendliness, cellular technology usually comes out on top.

Over the years different kinds of electric gate sensors have been built and tested. When first created, they were forward thinking elements of proptech with applications in many homes. But as with all things technology related, it doesn’t take long for better ideas to come along.

Motion Detectors: these detect motion outside the gate and then automatically open it. The sensors are placed on the sides of the gate and face a central location. A microwave beam is cast out over the area in front of the gate and when broken the electric gate will swing (or slide) open.

Problem: Why have a gate if the slightest bit of motion causes it to open? Even if you only have the motion sensors facing one way or the other, it’s so easily manipulated. In these cases, it’s so easy for criminals to gain entry. The technology has been around for so long that a seasoned burglar will find the gate easy to overcome.

Pressure Sensors: When the sensor has detected the right amount of pressure in front of the electric gate then they’ll open. They were one of the first elements of proptech which helped open an electric gate and are popular with large haulage firms.

Problem: Say for example you own a business and have different kinds of clients coming and going. They’ll all have different vehicles, as well as delivery trucks etc. It can be hard setting the right pressure for the right time.

Radar Movement: The radar detects a certain shape and opens the gate. The Imaging software can detect these images through certain materials such as wood, which has historically been good for forested areas.

Problem: The target has to be moving. If you stop still and are waiting for the gate to open, you’ll be waiting a long while. At the same time, these are easily manipulated by those who want to gain entry to your property.

Number Plate Recognition: Plate recognition is as simple as it sounds. It’s programmed to recognise a number plate and will open when the sensor reads the plate itself.

Problem: This is so easily defeated by some grime on the number plate. A bit of mud or dirt and this element of proptech is rendered useless. Also, if you have a visitor or a delivery driver, it makes things a lot harder for them to gain ad-hoc access.

The use of each kind of sensor would typically depend on the design of the gate…including location, height, width, swing arc, etc.  Even now, some of them have genuine uses and applications in the modern world but like lots of elements of proptech, they’ve fallen victim to time.

Even though many of the aforementioned gates are sold and installed across the USA and indeed, the world, a small amount of research will indicate that there are better options available.

The cellular smart entry system takes something people use every single day, and turns it into a key which is used to access your electric gate system.

The only real drawback here is that you and anyone else using the gate will need a smartphone to operate it. Pew Research has shown that in 2021 85% of the population uses a smartphone and the number is going up all of the time, so in reality it isn’t too much of a blocker.

All you need is an app, and with that app you can give others access to the gate such as friends or family members. If you use your gate on a business you can give access to employees with just as much ease too. No more worrying about sensors or access security issues.

Upgrading Is A Viable Option

There’s a strange notion out there which holds that to get a new kind of entry system, you need a whole new gate. You can upgrade an existing gate to a smart gate featuring a cellular entry system.

You just need to find the right installer to carry out work for you and they can add the right components to the gate…all you need to do is download the application on your smartphone.

The key is in getting the right installer for the job. You’ll also need to show people in your family, or the people in your community how it works. This is really important because otherwise people may give too many people access…it’s why you need to limit the amount of master keys on the system for better control of access.

The gate isn’t going to open unless you ask it to do so using the app…which means it’s far safer. For a start, it’s not going to open by accident and hurt someone. Also, a cellular smart gate has way less chance of being manipulated by a criminal.

One of the only downsides is that If you lose your phone, your gate might not be able to be opened…or someone else might open your gate using your phone. However, most phones are locked using a password or face ID and if lost can be locked externally by your provider. Put it this way: it’s nowhere near as bad as losing a key which is far easier to do. 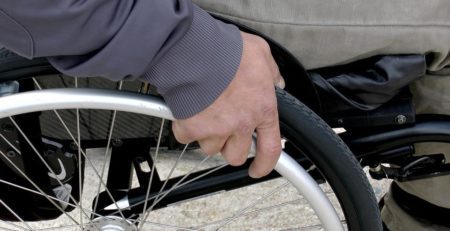 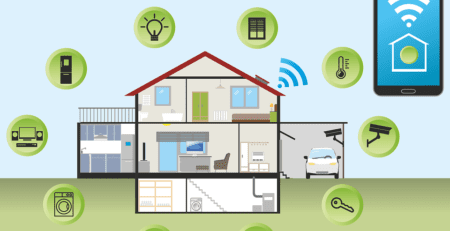 Gate Phone Entry Systems and Beyond: How the smartphone changes home living

Smartphones have changed the way people live all over the world. Every year they seem to get even better too.... read more 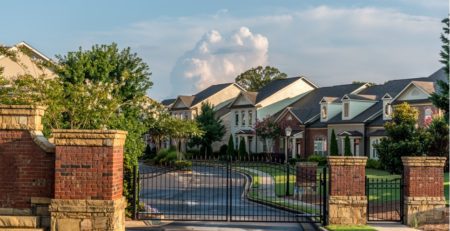 Requirements for Converting Your Neighborhood Into a Gated Community

Communities are increasingly considering using a gate because of the enhanced security that modern access solutions can provide. Until recently,... read more

6 Tips for Choosing the Right Gate for Your Community 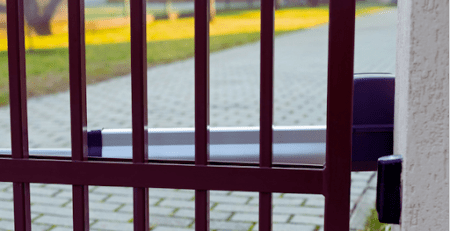 Does Your Business Need A Smart Gate?

Smart gates and gated entry has become more popular over the last few years for gated communities as well as... read more

Gated communities are great. They give you and your family a heightened sense of security because only residents can gain... read more

At Nimbio we have an absolute passion for security, it’s why we’ve created our cellular access control system. If you’re... read more

Is There An App For Cellular Gate Entry?

Phone apps have become ever popular since the inception of the Smartphone over a decade ago. In fact, 62% of... read more